I thought I would share this with all of you. I have been hearing the Mountain Goats on triple J for about a year now on and off, but I have never been able to find out their name until now. And I love them. The lyrics are brilliant, and they have many songs which are fantastic.
Here is a video clip of their first song that I really liked.

Posted by Michael Wheatland at 8:52 am No comments:

Over the previous summer, I am sure you have heard, I worked for A.L.C.O.A. in Geelong.
It was a very enriching experience, and I moved into a share house in Waurn Ponds.
Here are some pictures of my bedroom and bathroom.
I love living out of home. I can't wait to get a graduate job and get out of Mum and Dad's hair. 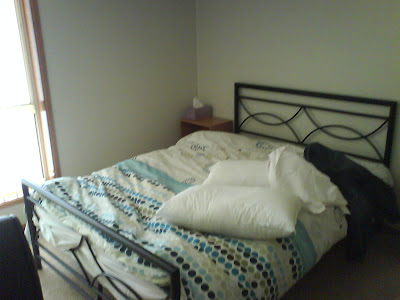 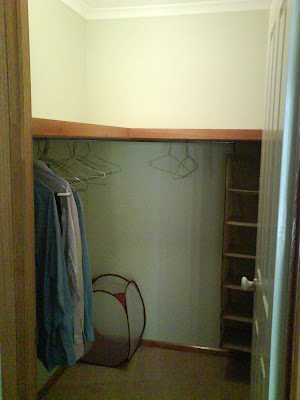 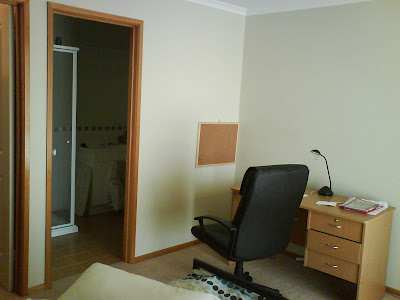 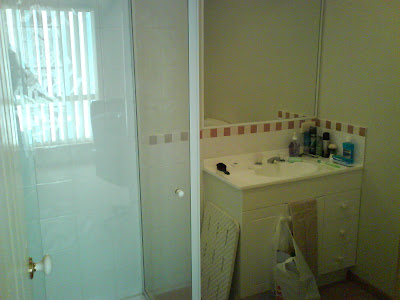 Posted by Michael Wheatland at 8:21 pm No comments:

This was very suprising for me. As a long time alcohol retail employee, I hate to see the industry heading for the dogs. It started with Dan Murpheys (Safeway) introducing their supermarket style alcohol shops. Then 1st Choice, the Coles retaliation. And now they have gone one better. Alcohol on the supermarket shelves. I hate the idea of alcohol shopping becoming just another item on the supermarket belt sitting next to the toilet paper and noodles. Alcohol should be an experience. Chatting to the people in the bottle shop, enjoying a chat about why you like a particular drink and not just some 16yo girl shoving it into a bag, with the maximum conversation being "Do you have fly-buys?"

I say shop local! Don't be a sheep! 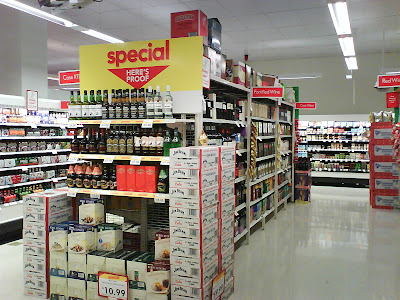 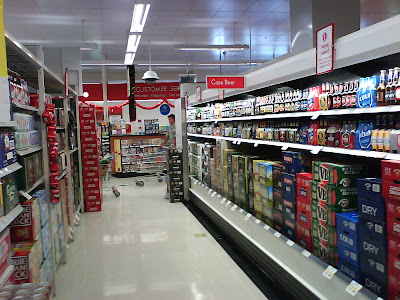 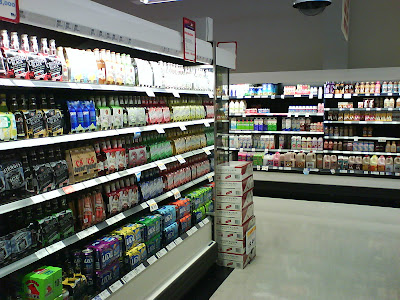 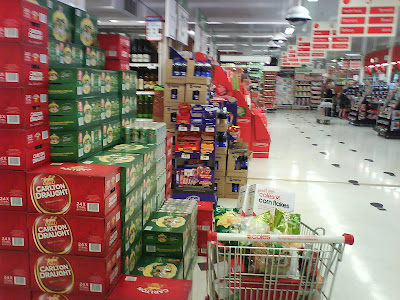 Posted by Michael Wheatland at 8:13 pm No comments:

It has been decided that our house can go a lot more green than it currently is. I made the first move toward energy efficiency by installing some pink batt insulation in the ceiling. It is not yet complete, but it should be ok by winter. I already have energy saving light globes in my desk lamp, which we are planning to switch over to soon. 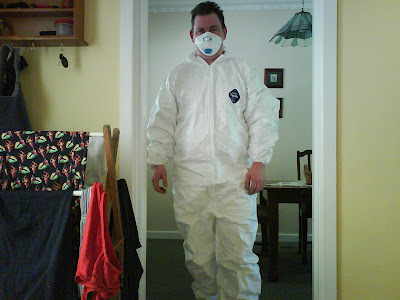 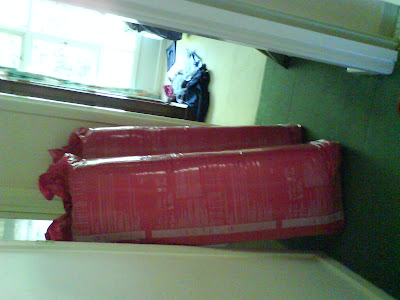 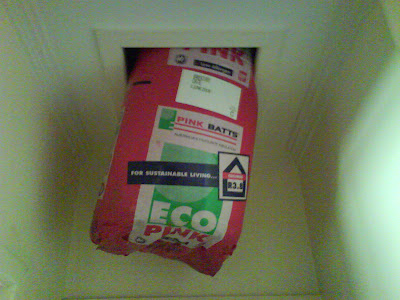 Posted by Michael Wheatland at 8:02 pm No comments:

A new startup not for profit motorcycle community site has opened its doors in Australia. Forums, Photos, Classifieds, Groups, Community!International riders are welcome to come and join the community, and if enough interest exists around the world, then the site could be expanded to take on board other countries. 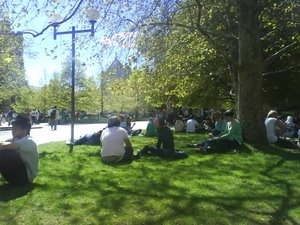 Stretching from the Bailiew library to the engineering buildings is south lawn. It is a brilliant place to come and relax. Have a nanna nap after a hard mornings lectures.
Posted by Michael Wheatland at 12:55 pm No comments:


I thought that this was absolutely hilarious when I read it. I hope you enjoy it too. If you don't get it, just ask and I will send you to some reference films for re-education.

Posted by Michael Wheatland at 10:27 pm No comments:

Email ThisBlogThis!Share to TwitterShare to FacebookShare to Pinterest
Tags: Computers

Playstation 3 and the next generation of gaming

Gaming is something that a lot of people associate with children. I know my dad has always said "Put those games away and go out and have fun, aren't you a little old for games anyway?"
This statement is becoming less and less true every day. With the release of the Nintendo Wii, the gaming console has just launched into the next generation, with physically interactive games. Which I think is fantastic for a party, or if you are wanting to really immerse yourself into the game, but sometimes you just want to plonk down on the couch and play a game without having to actually sword fight, or drive a car like you really would.

Enter Playstation 3 stage right.
The XBox 360 is I believe doomed to the scrap heap, with the Wii stealing ALL the thunder on launch, the XBox 360 is the poor mans Wii, even though it costs more. The new playstation from Sony is however that next level up from current gaming systems in terms of power. I mean sure the Wii is brilliant in terms of playability, but it lacks power. The PS3 does have this, along with a whole load of other useless features.
The one thing that I am noticing, is that games are becoming simpler. Which I think is brilliant. Take a look at the video below, which shows a new game for PS3 called Little Big Planet. I think it will be a hit, because of its simple game play, and ultra realistic motion and movement.

Posted by Michael Wheatland at 4:20 pm No comments:

Well, the pressure is back on. As of this week I am back at uni, studying chemical engineering at Melbourne university. I am enjoying it so far, but being final year I can see that things are going to get hard fast. Very fast. We have already completed and handed in the first assignment for Process Engineering 3, which counts for 10% of that subjects marks. I am having to do some consolidation work already in Heat and Mass Transport Processes 2 to understand what the hell is going on. And I also have to go back and revise some of the material from previous years that I seem to have forgotten. So as I said, I think this is going to be a hell of a year.

Socially, I think this year is starting a lot better than other years, where I would normally be sitting and reading the news paper with uni mates, I am getting out and about, having lunch with people, going to the pub after uni, and spending a fair bit more time just chatting to people. This might be because of an over abundance of time on my hands due to the fact that I quit my job at Liquorland in Ferntree Gully.

Well, I will keep you posted as much as I can this semester, but I think I might be spending a little more time looking after my homework than I normally do.
Posted by Michael Wheatland at 9:45 am No comments: